It is time to go down the rabbit hole and face a Miracle! To do that, we'll take a look at Temporal Mastery. 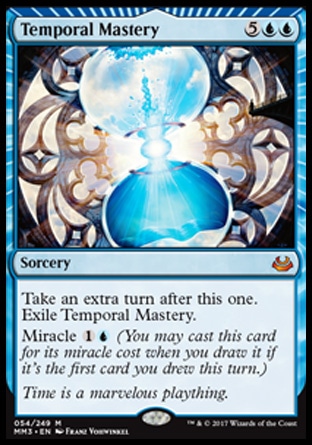 Take an extra turn after this one. Exile Temporal Mastery.

Miracle {1}{U} (You may cast this card for its miracle cost when you draw it if it's the first card you drew this turn.)

Yet again, while reviewing a new ability I cannot help getting staggered by how careless the reminder text is composed. Just as with Soulbond, it’s quite erroneous.

Open your textbooks and read the following rule!

702.93a. Miracle is a static ability linked to a triggered ability (see rule 603.10). “Miracle [cost]” means “You may reveal this card from your hand as you draw it if it’s the first card you’ve drawn this turn. When you reveal this card this way, you may cast it by paying [cost] rather than its mana cost.”

Miracle is a static ability, it allows to reveal a Miraculous card (I shall be calling cards with Miracle this way throughout the article) if it is the first one you drew this turn. This action in its turn runs a triggered ability, whose effect gives you an option to cast the revealed card at the alternative Miracle cost.

We are adult people and we should comprehend that miracles don’t happen. Meaning, as you draw a card with Miracle first in the current turn, you don’t get its effect right out. In order to achieve the goal, you’d need to cover several steps, which are:

1. You should draw this card. According to the rules, you may do so at your draw step as a turn-based action, and at any other time when an effects instructs or allows you to draw a card. No other ways to move cards from your library to your hand can help: 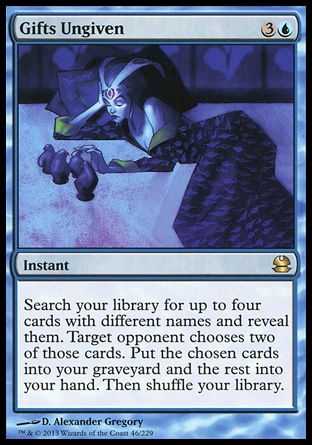 Gifts Ungiven allows to find cards in your library and put some of them into your hand, but that isn’t drawing. 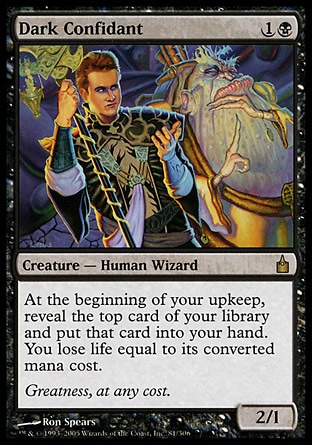 The effect of Dark Confidant’s triggered ability puts a card from the library into the hand, but that isn’t drawing a card. 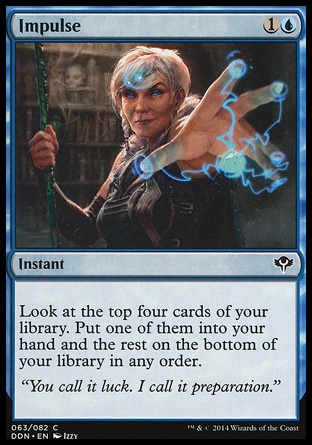 Impulse doesn’t provide with a possibility to draw a card either. You just put one into your hand.

Do remember that if replacement effects is applied, the event that gets replaced never happens. If a prohibiting effect is affecting the game or specifically you, you simply cannot perform the action it is prohibiting.

If you decide to use Dredge ability and return Golgari Grave-Troll to your hand instead of drawing, you never drew a card. 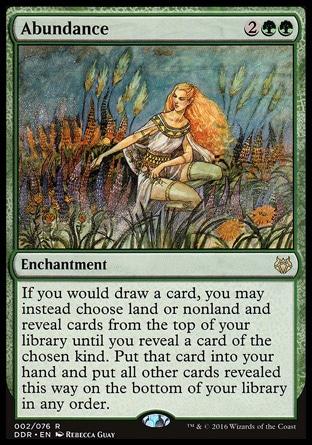 The effect of Abundance replaces drawing a card with a long tedious procedure. And even though a card from a library ends up in your hand, that’s not drawing a card! 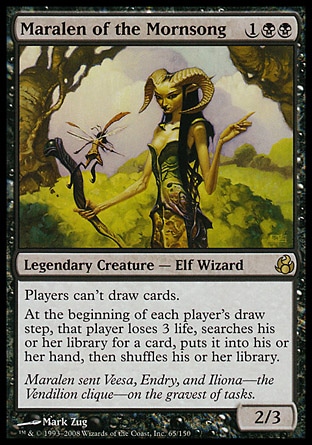 The static ability of Maralen of the Mornsong forbids players to draw any cards at all, not for the turn, not for any other reason. Remember that the forbidding effect always prevails!

Here is a slightly unexpected remark: when you deal yourself a starting hand, you draw the cards before the turns start, and this process is not drawing cards. The funny card Serum Powder allows to draw cards before the beginning of a game, but since it happens not during a turn (the game hasn’t started yet, its structure doesn’t apply), no Miracles happen.

2. It must be the first card you draw that turn. It doesn’t matter whose turn it is, yours or your opponent’s. 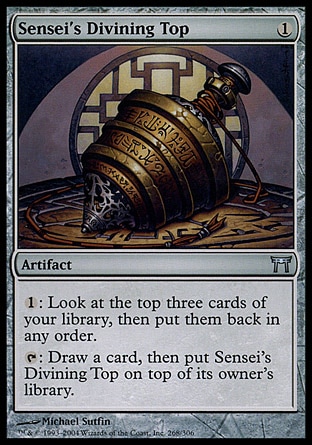 The best friend of any Miraculous card is Sensei’s Divining Top: its first ability allows ordering the top cards of the library, and the second one allows to draw the top card.

If you know for sure that a Miraculous card is on the topdeck, knowing to handle your activated abilities will not only help you draw the necessary card, but also not leave Sensei’s Divining Top itself on the topdeck. To ensure that, activate the second ability in response to the first one. Then you will first draw the top Miraculous card and put the Top on the top, and then look at the top 3 cards and rearrange them to your liking. 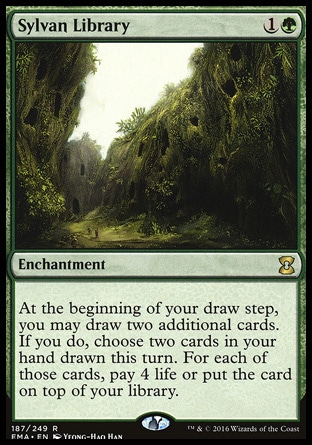 The effect of Sylvan Library’s triggered ability allows drawing two cards, but as a rule we first draw a card for the turn (as a turn-based action), then draw two cards as the Library ability resolves.

The effect of Sylvan Library instructs to draw two cards. You draw them one by one, and only the first one may be revealed and cast using the Miracle ability.

3. As long as the first two conditions are met, you may reveal the Miraculous card. You don’t have to reveal it if you don’t feel like it. Then everything beyond this point doesn’t affect you.

No matter if you choose to reveal it or not, you have drawn it, so any abilities that trigger as you draw a card will go off (get a wink from Niv-Mizzet, the Firemind). 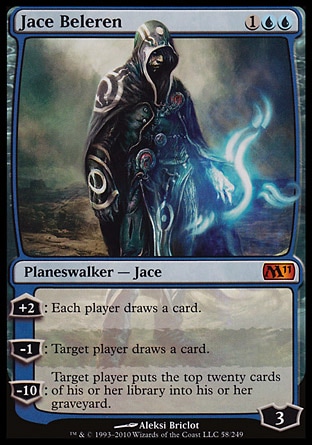 Picture a situation when a double miracle happens in a magical duel: both players draw a Miraculous card at resolution of Jace Beleren’s ability, and those cards are the first ones each of them draws that turn.

Who of them is supposed to reveal the card first? Does any of them have an opportunity to “change their mind” in one way or another?

According to the rules (120.2a), if an effect instructs multiple players to draw cards, they do so in APNAP order.

Since the static ability of Miracle allows us to reveal a card as we draw it, it turns out the Active player will always reveal the card first if he or she wants to do it.

You cannot “change your mind” and reveal your card after the opponent reveals his.

702.93b If a player chooses to reveal a card using its miracle ability, he or she plays with that card revealed until that card leaves his or her hand, that ability resolves, or that ability otherwise leaves the stack.

4. Suppose you decide to reveal your card this way. When a Miraculous card is revealed this way, the triggered ability of Miracle goes off.

First of all, the card must remain revealed until it leaves the hand or the ability resolves or leaves the stack otherwise (it may be countered, the turn may be ended etc.).

Besides, the trigger may go off at any (even most undesirable) time. It only cares about the triggering event, not about the state of the game. Thus, after going off, it will sit and wait for the opportunity to be put onto the stack. Many things may happen, as always, before you put that trigger onto the stack. 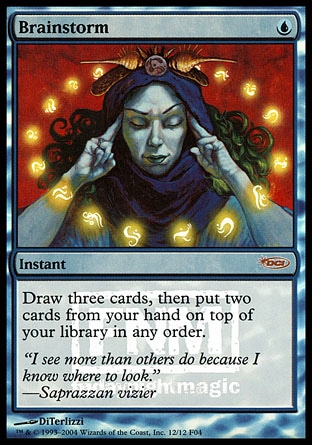 You have not drawn cards this turn. As Brainstorm resolves, the first card you draw is Temporal Mastery. You decide you want to cast it. How does it happen?

You draw Temporal Mastery. You reveal it. It remains revealed. The trigger goes off.

You continue to resolve Brainstorm: draw two more cards, then put any two cards from your hand on top of your library. These may include that very Temporal Mastery that’s considered to be in your hand (it is revealed, but maybe you revealed it just to brag, not really intending to cast it!).

SBA are performed. All triggers that have gone off so far, including the Miracle trigger, are put onto the stack in APNAP order. You receive priority. If the Miraculous card is still in your hand and is still revealed, then at the Miracle trigger’s resolution (i.e. at least in 2 passes) you will be able to cast the card.

5. In order for a Miracle trigger to resolve, it must become the top element of the stack and all players must have passed in turn order. If that happens, the trigger resolves, and you get the chance to cast the Miraculous card at its alternative Miracle cost. You must put it onto the stack, and then the procedure is as usual. I hope you know it all by now. If you need to refresh something here, help yourself to“Casting spells”. We have already discussed alternative costs as well.

You need to keep in mind that if you have multiple alternatives to pay a cost, you may only use any one of them. You must announce which way of paying you are intending to use as you place the spell onto the stack.

And naturally, alternative cost does not influence the mana cost nor the mana value.

The value of X is announced immediately after putting the spell on the stack. The announced number defines the values of all X variables in the mana cost of the spell for as long as it is on the stack. (ref. CR 107.3a).

According to CR 107.3g., the value of X is same for all instances of that variable on a permanent at any given time. 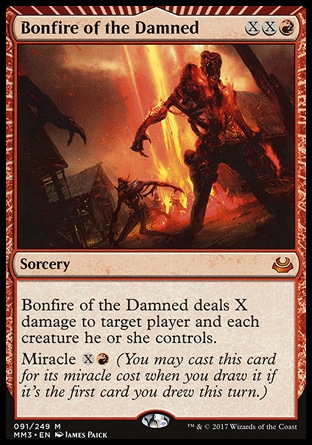 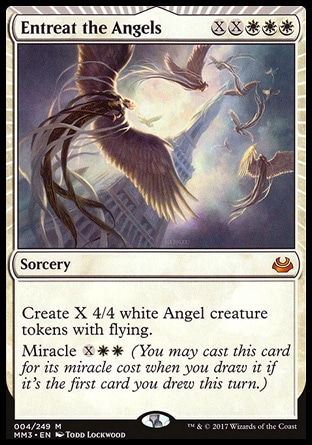 If we announce the value of X=5 as we cast a Miraculous spell, then the mana cost of Bonfire of The Damned on the stack is {5}{5}{R}, that of Entreat The Angels is {5}{5}{W}{W}{W}, with no regard to how we paid for the spell and how much was actually paid.

Now we can do something to that spell. For example, copy it. Now’s also the time when it can be countered.

The effect of Miracle trigger does not bind you to cast the Miraculous card. If by the time you may do so you don’t find it advantageous, you may restrain from it. In that case, the card remains in your hand, and you may cast it later for its mana cost. The chance to cast it at Miracle lost is lost though. You only have it as the Miracle trigger resolves.

There are two cases when you cannot play the Miraculous card as the trigger resolves. 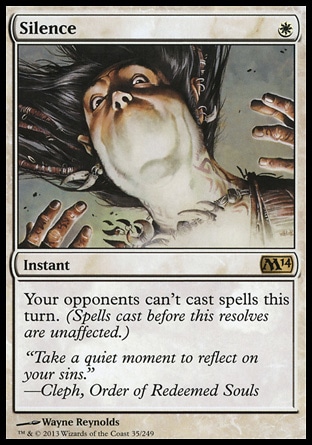 The opponent casts Silence in response to your Miraculous trigger, and the spell resolves. Unfortunately, you cannot cast any spells that turn, including that Miraculous spell whose trigger is still on the stack.

Teferi, Mage of Zhalfir under the control of your opponent does not allow you to cast a Miraculous spell at Miracle’s resolution even if it happens in your main phase. The stack isn’t empty, the Miracle trigger is still there, resolving. 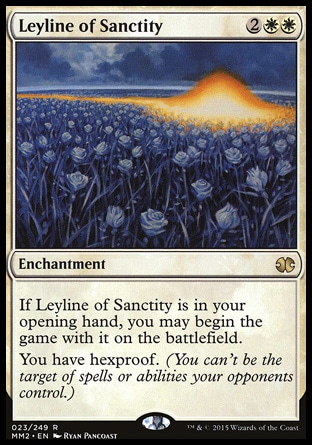 If the cunning opponent controls Leyline of Sanctity, you cannot target him with your Bonfire of the Damned. Players with suicidal propensity may target themselves, clever ones will choose not to cast the spell as the Miracle trigger resolves. 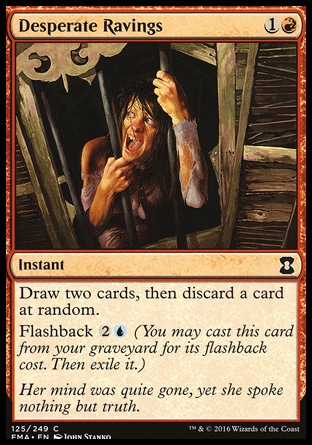 You resolve Desperate Ravings: draw the first card, and it is Bonfire of the Damned! If it is the first card you draw this turn and you wish to cast it, your reveal it, and the Miracle trigger goes off.

You continue resolving Desperate Ravings, Bonfire of the Damned still revealed. You draw another card. Now you are to discard a card at random. This randomness is determined in any way mutually agreed with the opponent, most commonly by numbering cards in your hand and rolling a die.

If you are unlucky, and the random card turns out to be that Bonfire of the Damned, then unfortunately, as the Miracle trigger resolves (that trigger will appear on the stack after Desperate Ravings finishes resolving), you will not be able to cast the Bonfire, as it will have left your hand before Miracle trigger’s resolution.

6. If you do pass all steps described above and nothing happens to your Miraculous spell, then you get the longed effect at its resolution. Temporal Mastery, for instance, will give you an extra turn after the one in which it has resolved.

If you have read everything and understood it all, you have probably remembered Madness. If you have not, or you do not know what it is, you have a great chance to learn these two peculiar mechanics by comparing them.

Now finally a few words about actual Temporal Mastery and the extra turn.