Our guest today is Nikita Tarima with his article about mechanics in War of the Spark.

Magic development is impossible to imagine without new mechanics and rules improvement, however everything new is additional rules, which lead to an increasing amount of interactions. This is brutal for the new players, who recently started playing Magic and it is becoming harder for them to start playing each year. However, if we think about it, this brutality is only making survival of the fittest. To help you survive we will tell you about what is Amass mechanic, which appeared in War of the Spark. Let the Widespread Brutality help us out. 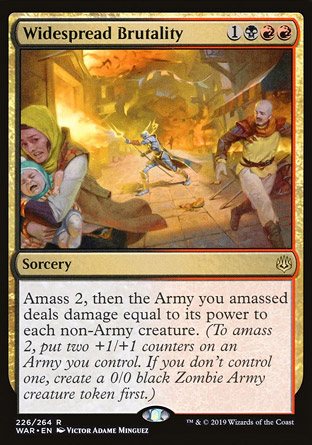 Amass 2, then the Army you amassed deals damage equal to its power to each non-Army creature. (To amass 2, put two +1/+1 counters on an Army you control. If you don't control one, create a 0/0 black Zombie Army creature token first.)

Card`s text is brief. Shorter, then the explanation text in parentheses. Remember, that cursive text is just a rules reminder, thus let us turn to the source:

As you can see, all the actions are applying in an exact order, they do not have any triggered abilities and (from the first sight) no ways to intervene. Moreover, if your Army cannot be a target for some reason, you should not worried, because there are no targets in Amass: you choose a creature with an Army type among creatures you control. The one and only important thing is that Army has to be a creature and you need to be its controller.

And another thing before we start with examples: Zombie Army is not one creature type, its two. If for any reason you need to choose a creature type, you have to choose between “Zombie” and “Army”. You cannot choose “Zombie Army”.

On the other hand, all that tokens have a name “Zombie Army”. Maybe that will be helpful for you some day. :) 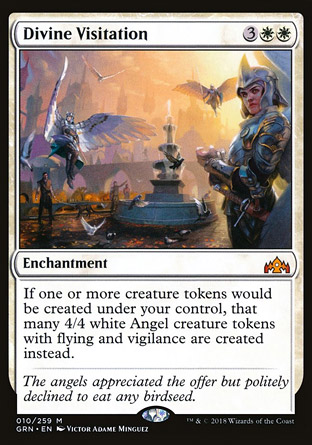 If a player does not control any Army and during Amass, not an Army token has been created, but unknown creature, you cannot put counters there. For example, Divine Visitation will create an Angel 4/4 token instead of Zombie Army. 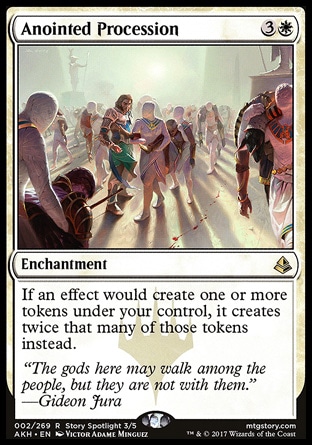 Quantity is not always mean quality: after creating two Zombie Armies instead of one due to Anointed Procession effect, you have to choose one Army, which will have counters and another one will be put into the graveyard very soon because of lack of additional effects. 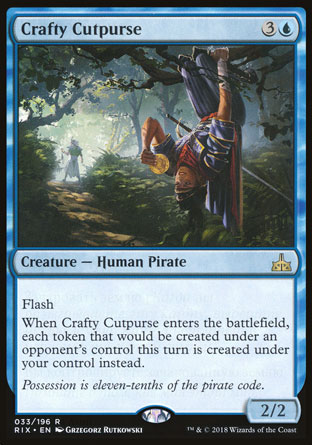 If a cunning opponent got a support from Crafty Cutpurse, you will create a Zombie Army under their control and choose where to put counters between Armies you control. As a result, your opponent would not get a proper reinforcement, but they would not give you an additional creature. 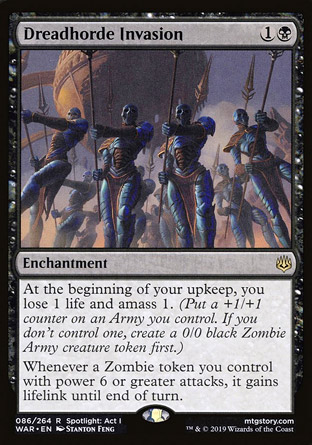 You create a token only if you do not control any Army. Having more, than one Deadhorde Invasion under you control means that you create an Army on first trigger resolution and then you have to choose an Army you already control to put a counter there. You cannot create two small Armies. 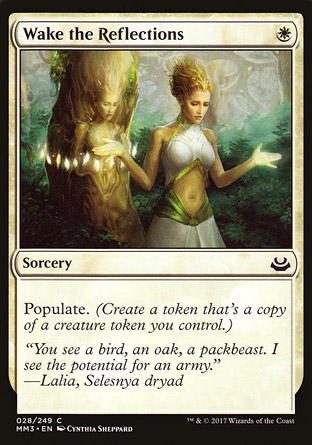 An effect, which creates a token, gives it a text and a copying magnitude and when you copy that token, you will get only copying magnitudes: a token, created as a result of Population would not have any counters, just a black Zombie Army 0/0. 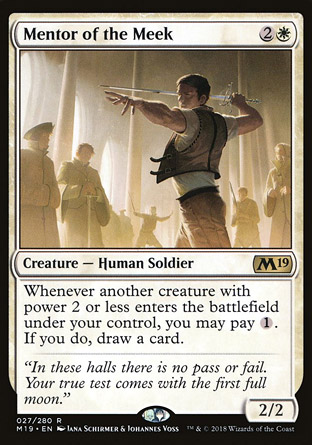 However, sometimes that knowledge can be handy. If you control Mentor of the Meek and resolve Relentless Advance, thus despite a fact that you will end up having a Zombie Army 3/3, you will have a 0/0 token first and Mentor’s ability will trigger. It will be put into the stack after Relentless Advance’s resolution.

However, let us come back to Widespread Brutality. After you accumulated, your Zombie Army this spell will make your Army to deal damage, equal to its power to all creatures that does not have an Army type.

Rule 701.43b tells us, that the Army you amassed, refers to the creature you chose, whether or not it received counters. 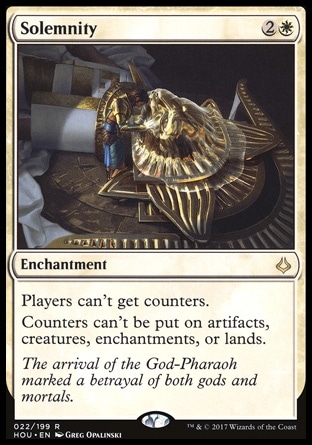 If you have not had an Army under your control and a cunning opponent controls Solemnity, thus on the Widespread Brutality resolution you will create a black creature token Zombie Army 0/0, which will deal 0 damage to all creatures without Army type and then it will die because all of the shame with an upcoming SBA.

If we come back to an example with Divine Visitation we will know, that Widespread Brutality would not make an Angel to deal damage to anyone, because you cannot choose it to Amass an Army. 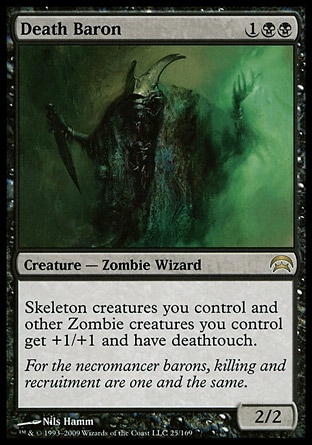 Death Baron will make you Zombie Army a decent weapon, because as well as all creatures, that does not have an Army type will be dealt damage from a source with deathtouch, even if you could not put any counters on your Zombie Army. The only downside is that Death Baron will also be dealt damage, because it does not have an Army type and it is not protected from deathtouch. 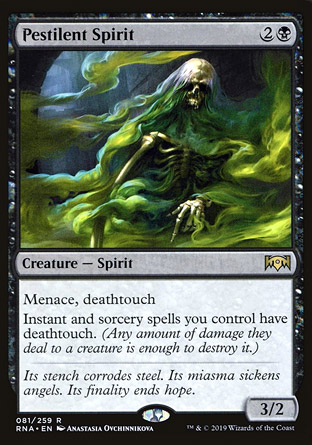 Feel the difference with Pestilent Spirit: the source of damage is not Widespread Brutality itself, but a Zombie Army token. Pestilent Spirit would not speed up an apocalypse.