Figure of Destiny, the star of the Shadowmoor block as well as Heroes vs. Monsters duel deck, is a marvelous occasion to speak of layers, cakes and copiable values. 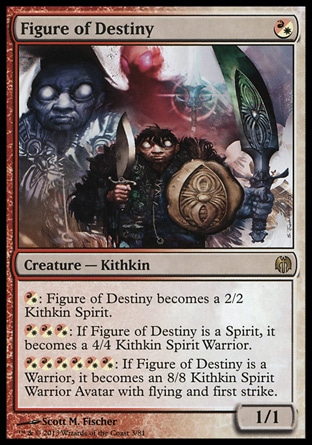 {R/W}: Figure of Destiny becomes a Kithkin Spirit with base power and toughness 2/2.

{R/W}{R/W}{R/W}: If Figure of Destiny is a Spirit, it becomes a Kithkin Spirit Warrior with base power and toughness 4/4.

Figure of Destiny is a creature whose mana cost contains one hybrid mana symbol. Such cost may be paid with mana of any color that constitutes that symbol, in our case — either white or red. The Figure’s abilities also have costs expressed with hybrid symbols. Each of those symbols may be paid with one white or red mana. For example, you may pay the second ability in four different ways: {WWW}, {WWR}, {WRR}, {RRR}.

Regardless of what mana you use to cast the spell, the Figure is two colors at once, both white and red. This means you may not play Figure of Destiny in a Commander deck with Akroma, Angel of Wrath or Akroma, Angel of Fury as the general. But the Figure will certainly get the bonus off Honor of the Pure. It’s really nice to be playing “hybrid” creatures when using spells with Radiance, such as Incite Hysteria. When targeted at your Figure, it has effect on all white and all red creatures.

When the Figure enters the battlefield, with no effects involved, it is a 1/1 Kithkin. It has three activated abilities. These abilities have no limitations on activating them. Provided you have enough mana, you may activate any of them at any time you have priority.

As a rule, we activate the Figure’s first ability first, soon after it enters the battlefield. But in order for it to resolve, all players must pass without taking action, so we will pass priority to our opponent in any case. If he is cunning enough, at that moment he has a chance to kill our little Figure. So, counting everything in, or Figure is initially “almost a Bear”: 2/2 for 2, but with some peculiarities.

I need to make one most obvious yet important observation here: the text of all three abilities of the Figure contains its name, which means they refer to the specific Figure of Destiny whose ability is being activated. All other Figures on the battlefield aren’t concerned with this.

The second and third abilities do not always bring the desired effect. One of them checks on resolution (!) whether the Figure is a Spirit, and the other one whether it is a Warrior. If the Figure doesn’t have the subtype in question, the ability does nothing. Those abilities aren’t concerned with how the Figure has obtained the required subtype. 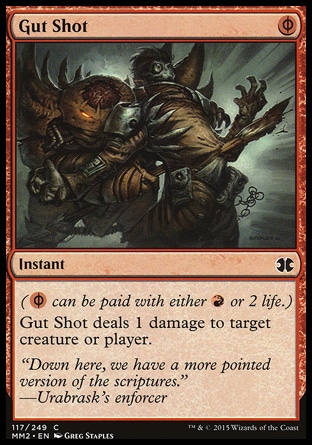 In response to activating the Figure’s first ability, the cunning opponent can kill it =(

An even more cunning opponent may prevent the effect of the second or third ability by turning the Figure to Frog or snake in response to its activation. 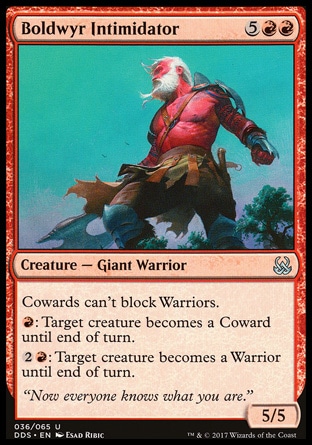 Boldwyr Intimidator can turn creatures into Warriors. This is exactly what the Figure’s third ability needs to resolve for full effect.

The effects of all three abilities of Figure of Destiny last indefinitely. They are effective until the game ends, the Figure leaves the battlefield, or another effect changes the Figure’s characteristics to something else. 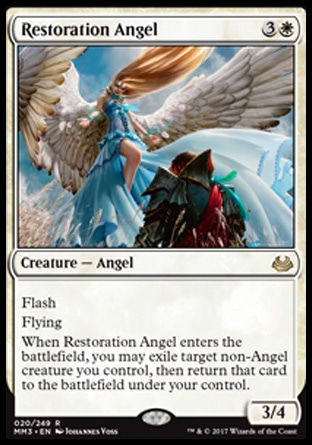 Turn’s effect sets the Figure’s P/T to 0/1 until end of turn. That is enough to kill the Figure if you cast Turn // Burn with Fuse. 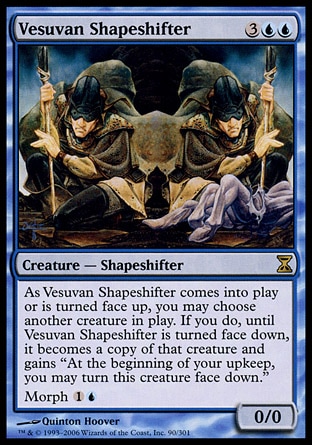 If your Vesuvan Shapeshifter becomes a copy of the Figure, gets to 8/8, then is turned face down, it will still be an 8/8 Kithkin Spirit Warrior Avatar creature with Flying and First Strike.

And speaking of copying, it is worth mentioning that the Figure’s abilities do not modify its copiable values: copying effects will see its original subtype, power and toughness.

If you choose a “pumped” figure as an object to copy, you get the characteristics printed on the card — 1/1 Kithkin.

In its turn, if a “pumped” Figure becomes a copy of some creature, the “pump” effect will apply to that creature.

One more example, and we’ll delve into the layer system. 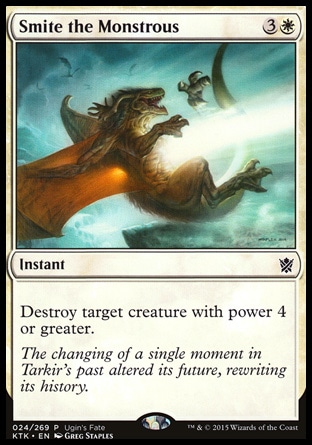 Figure of Destiny’s abilities “rewrite” its subtypes and power/toughness. These abilities are normally activated in the order printed on the card, but it is not really compulsory. Sometimes you need to demonstrate flexibility of your mind to make the best play.

If you get a huge 8/8 Kithkin Spirit Warrior Avatar figure with Flying and First Strike, then any, even not so cunning opponent will do his best to get rid of it.

For example, he will happily use the Smite the Monstrous spell.

In reponse you can activate the Figure’s first ability and turn it into a 2/2 Kithkin Spirit! Smite the Monstrous is countered due to having no legal target, the Figure survives, and by the way, it keeps Flying and First Strike!

I used the word “rewrite” in the last example in quotation marks because many different continuous effects may impact the Figure’s power and toughness. Some of them are preserved and continue to apply after we resolve the Figure’s abilities. Let’s Figure out which ones =) In order to do this, we need to analyze the layer system which describes the interaction of continuous effects. We shall only take layer 7 now, which is responsible for the creature’s power and toughness. It contains 5 sublayers, and it may be graphically represented as a cake: 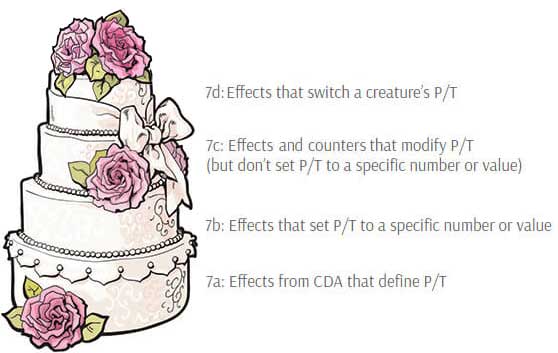 Just as a large multi-layered cake, we build power and toughness from the bottom layer up to the pinnacle. Only after each layer is worked through and all related effects are applied, we get the final values, i.e. the cake as a whole.

The bottom layer is for effects from characteristic-defining abilities, such as Tarmogoyf’s, for instance. The Figure has no such abilities. We move forward, having in mind the power and toughness values printed on it.

All three abilities of the Figure have effects that set power and toughness. Such effects are applied on layer 7b. If we activate the Figure’s first ability, and then the second one, we have two effects at once on the same layer. When this happens, and they do not depend on each other, the fresher effect wins. That is how the Figure becomes 2/2 by activating the first ability in the example about Smite the Monstrous.

Layer 7c is responsible for applying effects that modify power and/or toughness without setting them to certain value. This layer is above the previous one, so when modifying the Figure’s characteristics through its own abilities, we will also get effects off Giant Growth, Rancor, and Honor of the Pure.

The same layer (7c) takes to account counters that influence power and toughness. These include, but are not exclusive to, +1/+1 and -1/-1 counters. Note that neither Giant Growth nor Rancor nor Honor of the Pure place counters on the creature, they generate an effect that modifies the values of power and toughness. Counters are put by effects that explicitly state “put/divide counters”. Besides, -1/-1 counters may be put on the Figure when it takes damage from sources with Wither and Infect.

Finally, layer 7d is responsible for applying effects that switch power and toughness, such as Inside Out or Merfolk Thaumaturgist. 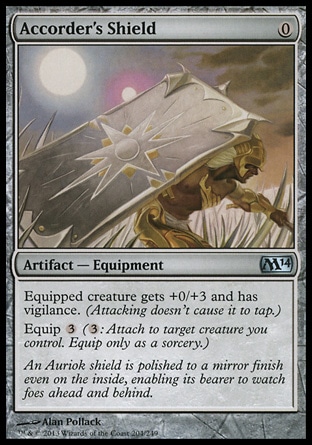 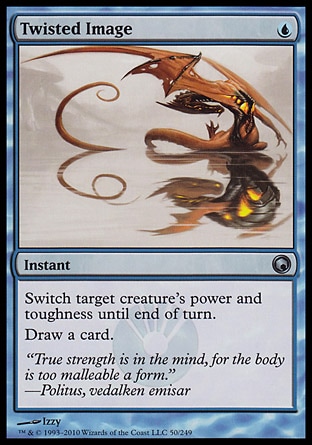 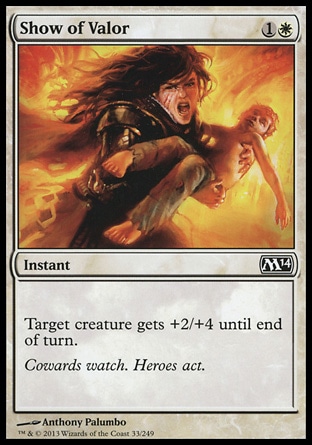 In a game of Two-Headed Giant, you control a Figure pumped twice and equipped with Accorder’s Shield. Your other head casts Twisted Image onto the Figure, after it resolves you cast Show of Valor on it.

If one of the cunning opponents hid a Smite the Monstrous up his sleeve, activating the first ability won’t help: 7b — 2/2 (the latest effect wins out), 7c — 2/5 (Accorder’s Shield), 4/9 (Show of Valor), and finally 7d — 9/4 (Twisted Image). Setting new values of power and toughness does not oust other ongoing effects, they continue to apply on higher layers.

Here is a mind-wrecking example on layers:

Please try to answer all these questions without peeking further. Don’t worry if you get anything wrong, this is a terribly complicated subject. Ready? Let’s see what actually happens there.

Mutavault has been animated. Until end of turn, we have an effect that makes it a 2/2 creature of all creature types (the type Land is preserved as well).

Now we resolve Mirrorweave which makes Mutavault copy the Figure. As we already found out earlier, it doesn’t matter if it had been “pumped” and how far. Those abilities do not modify the Figure’s copiable values.

This means, Mutavault gets the Figure’s copiable values on layer 1, and it looks just like a normal Figure. The animation effect is applied at layer 4 (change of type), which will earn Mutavault all creature types including Kithkin, Spirit and Warrior. Further on, Mutavault becomes 2/2 at layer 7b. It will look like it is shown on the first picture below.

Mutavault’s effect text includes “It is still a land”. According to rule 205.1b, type-changing effects containing that wording preserve the previous card type. In our case, Mutavault is a creature and isn’t a land. It is hard to preserve what one doesn’t have. It won’t be a land, and it won’t have the mana ability. (where’d it come from, Mutavault being a copy of the Figure?)

Mutavault has all three Figure’s abilities and is all related creature types, so we may activate the third ability right away and we get the card displayed below in the middle. 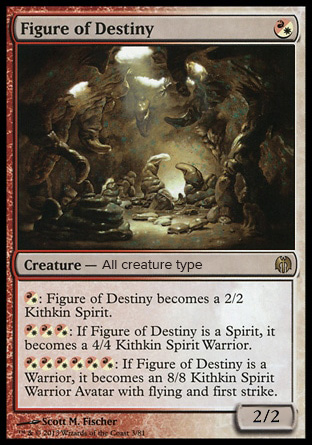 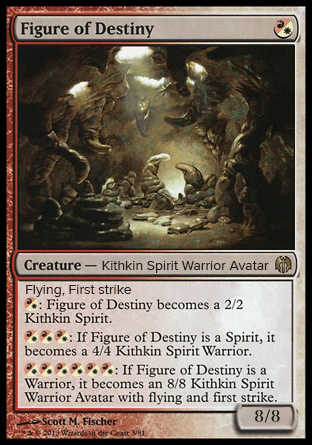 At the end of turn, the copying and animating effects end, but the Figure’s third ability effect remains, safe for creature types, because a noncreature land cannot have those. We get the card displayed below on the right.

If we animate this cool Mutavault again, it will be a land creature with all creature types. Its power and toughness will be 2/2 through the animation effect. It will also have Flying and First strike inherited from the Figure’s ability.