It is surprising how a card with only four words in the rules text can be so confusing. That’s because these four words change a land card’s type (and cause a lot of headaches in the process). 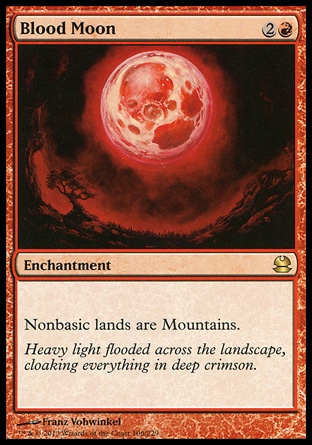 So, what cards does Blood Moon affect? 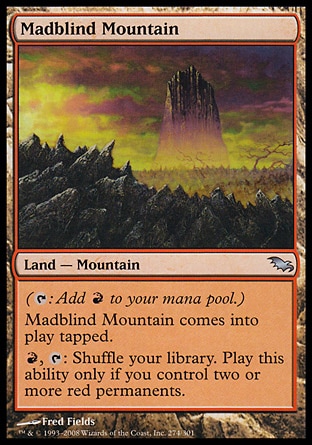 Madblind Mountain is a Mountain with “Mountain” in its name but is still a nonbasic land.

Spreading Seas turn enchanted land into an Island, but doesn’t grant it the Basic supertype. 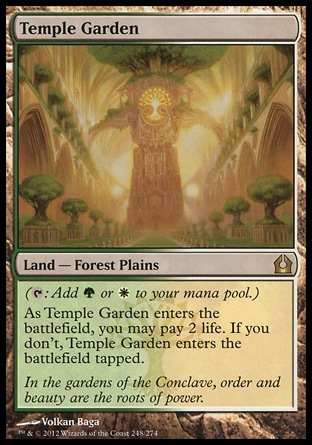 Temple Garden has two basic land types, Plains and Forest, however, it is still a non-basic land.

Initially, the only land cards with the supertype Basic were Mountains, Plains, Forests, Swamps, Islands, their Snow-covered cousins and Wastes (the newborn basic land provides colorless mana). However, it is possible for a land to acquire the supertype basic by copying a Basic Land (because the supertype Basic is a copiable value) 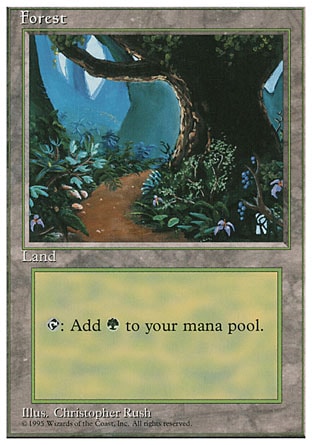 This old Forest doesn’t have the supertype “Basic” printed on it, but is still considered a Basic Land. As a gentle reminder if you require the official text of any card it can always be found in Oracle database. 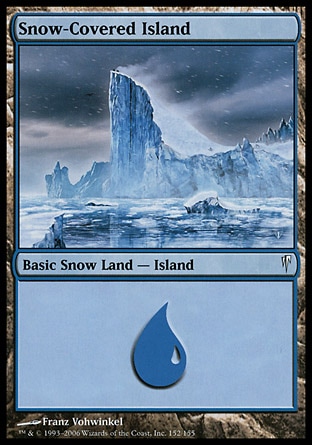 A Snow-covered Island is considered a basic land is unaffected by Blood Moon. 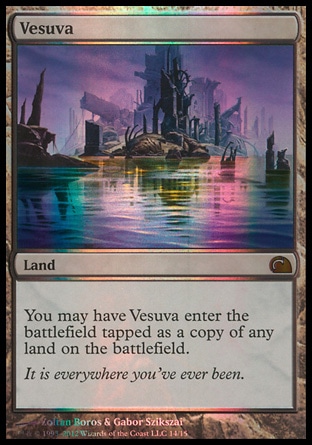 Vesuva (first introduced in the Time Spiral Set) could gain the Basic supertype if it copied a Basic Land.

So, now that we can distinguish between basic and non-basic lands. We can now look at how non basic lands are affected when Blood Moon is on the battlefield.

1) A non-basic land loses all abilities generated by its text and any copy effects affecting the land.

2) All non-basic lands gains the Mountain land type and the Mountain’s intrinsic mana ability (they tap for R).

If you prefer a visual representation of how Blood Moon works then think of it like a huge eraser which removes all land types and rules text from a land and then rewrites the land type with Mountain and the adds the following text “{TAP}: Add {R}” to the text box.

Please note that Blood Moon’s ability functions very differently to that of Urborg, Tomb of Yawgmoth and Prismatic Omen. These cards generate continuous effects that add a basic land type to an existing land type. So how do you tell the difference between adding and replacing? If an effect uses the word becomes then you replace the land type. If an effect says uses the phrase in addition to then you add the land type.

Setting a land’s subtype to Mountain doesn’t add or remove the land’s other card types (like Artifact or Creature) or supertypes (Basic, Snow or Legendary) the land card originally had. The name doesn’t change either.

If Blood Moon enters the battlefield with an animated Mutavault in play, the Mutavault stays a 2/2 creature with all creature types and “gains” the land type mountain (it can also tap for R). However, once the turn ends, the Mutavault will loses both of its abilities and become a non basic mountain named Mutavault. 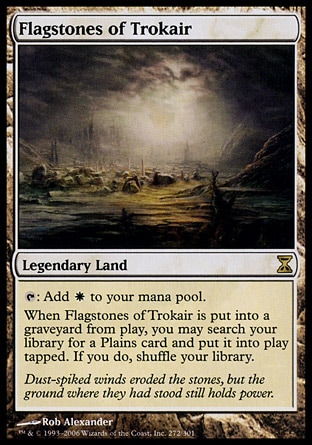 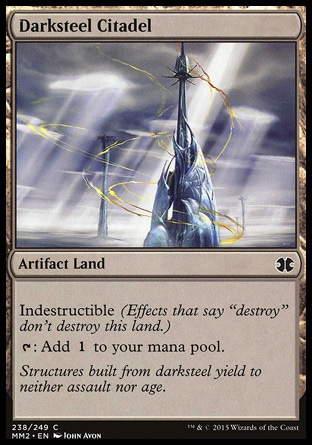 Note that Blood Moon’s effect doesn’t remove the abilities granted to a land by other effects (except copy effects):

An animated Inkmoth Nexus doesn’t lose Flying or Infect when Blood Moon enters the battlefield. After your turn ends, however, you end up with a nonbasic Mountain named Inkmoth Nexus. 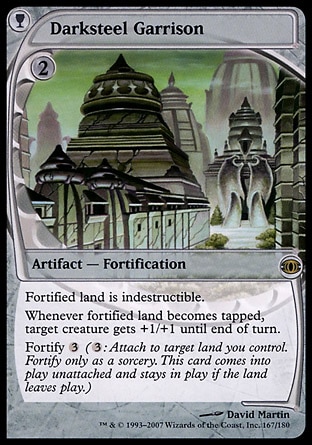 Darksteel Garrison grants its equipped land the key word ability Indestructible. The land will retain its indestructiblility even if Blood Moon is on the battlefield because this ability isn’t generated by the land’s rules text. 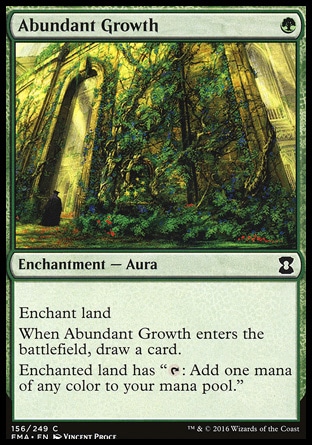 Abundant Growth grants an enchanted land an ability. This ability stays on the land, because it isn’t generated by the land card’s own text. So we'll have a Moutain wich producing a mana of any color.

The land loses all abilities generated from any copy effects affecting it:

If Phantasmal Image enters the battlefield as a copy of an animated Inkmoth Nexus it becomes an un-animated Nex with the ability “When Inkmoth Nexus becomes the target of a spell or ability, sacrifice it.” If we add Blood Moon to the battlefield the Phatmasal Image/Inkmoth Nexus will lose its triggered ability and can only produce red mana.

So how does Blood Moon interact with other type changing effects? Well, it all boils down to dependancy.

With the recent changes in the rules Dryad Arbor has lost its color-defining ability and received a color indicator instead. If Blood Moon is on the battlefield Dryad Arbor becomes a green creature land — Dryad Mountain with the mana ability of a Mountain.

Urborg’s effect depends on Blood Moon’s one however, Moon’s effect doesn’t depend on that of Urborg. Remember, both are type changing effects, but Moon’s effect changes text of Urborg and isn’t a characteristic defining ability. So, the resulting state doesn’t depend on the permanents’ time stamps. Urborg is a nonbasic legendary Mountain with single mana ability and other lands don’t benefit from its original static ability.

Madblind Mountain enters the battlefield untapped, as a nonbasic Mountain with single mana ability and no other.

Temple Garden enters the battlefield untapped. You won’t need to pay 2 life for it. 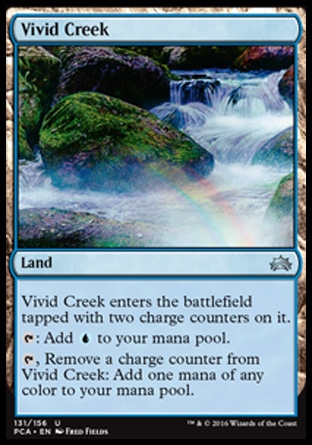 Vivid Creek enters the battlefield untapped and without counters. 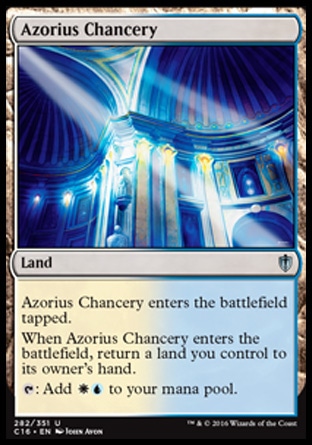 Azorius Chancery enters the battlefield untapped and its second ability won’t trigger, so you won’t need to return a land to its owner’s hand. 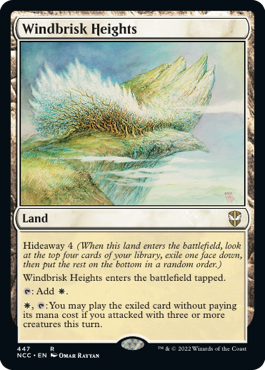 Hideaway and the static ability of Windbrisk Heights which instruct it to enter the battlefield tapped will not working. 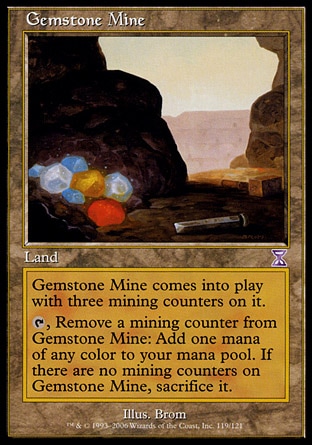 Gemstone Mine comes into play without counters, but will be able to produce only red mana. You won’t need to remove counters from it, because it loses its own ability and gains the Mountain’s one.

Don’t forget that lands affected by Blood Moon gain a mana ability, which makes them mana producing even if they normally aren’t.

Fetch lands affected by Blood Moon can’t get you a land, but produce red mana. 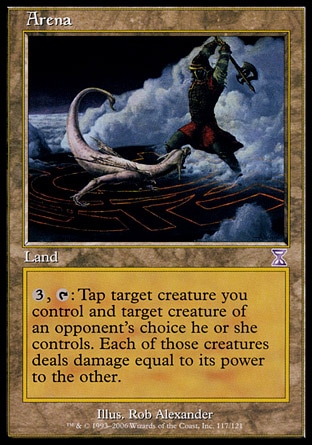 Arena loses its activated ability and gains a mana one. 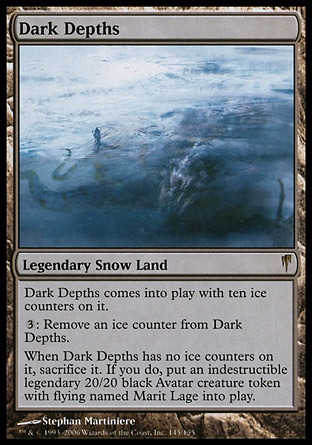 Dark Depths becomes a great legendary snow Mountain without counters that don’t do anything.

Finally, the most unusual effect Blood Moon has on Zoetic Cavern.: 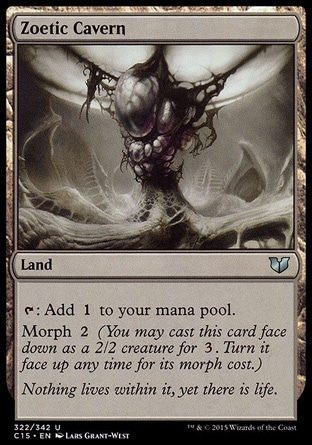 While Zoetic Cavern is a face-down creature on the battlefield it is a 2/2 vanilla creature and is unaffected by Blood Moon, because it isn’t a land.

However, if you want to turn it face-up, you’ll need to show its Morph cost, which is simply not there when you turn the card face-up. So, you can’t unmorph Zoetic Cavern as long as Blood Moon is on the battlefield.